These aren't the types you're looking for 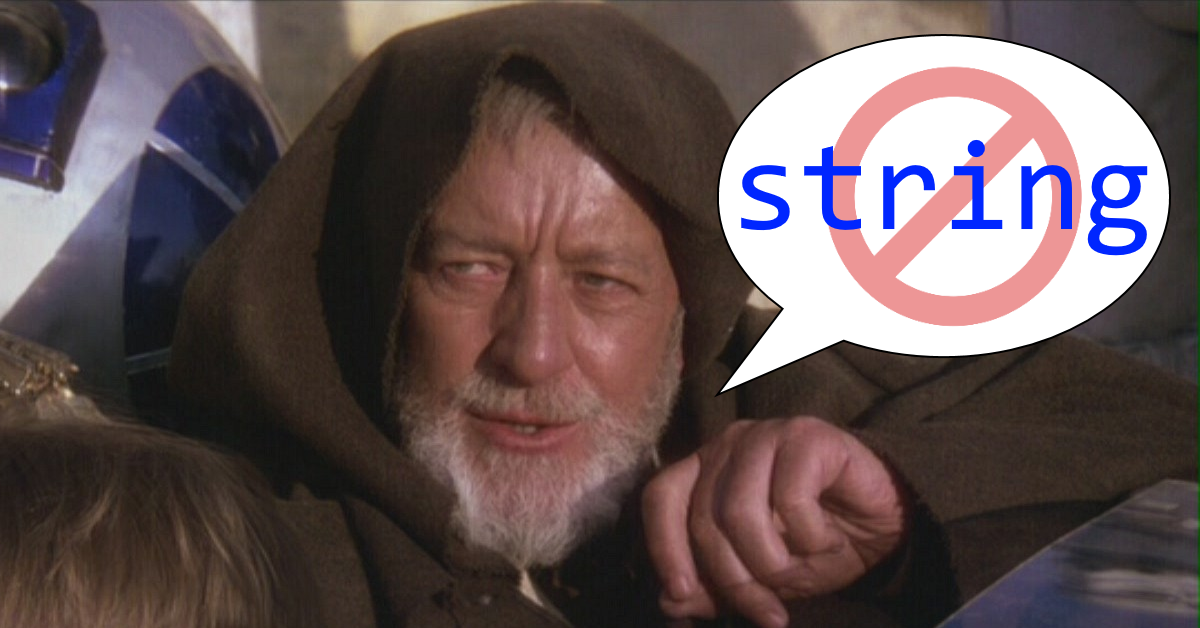 When adding a property to an object meant to contain text, you usually just declare it as string without giving it a second thought. Here though, I’m asking you to give it a second thought, as others did before me and came to the same conclusion: there’s a better way.

If not string, then what?

Let’s say instead of string you declare all your properties containing text as object. At this point you’re probably thinking about all the reasons why string is a way more appropriate type than object:

If you agree with the above, you’re already halfway through this journey, and I’m going to prove it to you with a concrete example. Let’s say the property we’re adding is ‘author’ containing an email. Email is text, and as we just saw object is not a good choice, so let’s consider using string instead, and just to be thorough let’s let’s replace object with string in the above 3 reasons and see what they look like:

Wait, what? They’re all still true!

So it turns out that string is only marginally better than object, and that’s why…

…these aren’t the types you’re looking for

So what are the types that I’m looking for? — you may or may not ask depending on whether you made it this far into the article. The answer is simple, but its implementation may vary from straightforward to downright unwieldy depending on your choice of programming language and libraries. This article is only meant to open your mind about something we as programmers have been doing for ages without ever realizing that there’s a better way. In the next post I’ll explore this better way so do follow me on twitter to be notified when it’s up.